The Event at Archer held its second ever event from June 1st to 3rd and ran its very first spring event. It is a new event in Wyoming and has been incredibly successful! With an amazing state-of-the-art cross country course this event ran Intro-Prelim and boasted over 180 competitors. After holding its first ever event in August 2017, many of my friends came back and ranted about how maxed out the cross country course is. The USEA Omnibus even states “fences built to maximum dimension”.

As many of you know, Penelope and I placed second at the Spring Event at Skyline at Beginner Novice, ended on our dressage score of a 26.9, and qualified for AECs! Our next event: the Spring Event at Archer at Novice. Judging off the rumors I had heard about how big cross country was, I went into the event terrified to move up to novice. Needless to say, the big jumps were the easy part!

After dressage at Skyline, I was actually kind of looking forward to dressage! I was hoping it wouldn’t be an absolute disaster…

But I am not going to lie, I walked out of my dressage testing thinking it was the worst thing ever. I rode dressage in 25mph winds in a rodeo arena on a 7 year old Welsh in heat… so all things considered I couldn’t be that upset! We did come out in second to last on a score of a 39.5 that we definitely deserved. You know, it was improvement from last year!

After walking the course I was so so so excited for cross country! Big tables, awesome combos, agh it was going to be a blast. Penelope disagreed. Her lack of experiencing showed when trying to leave the group which resulted in two stops at the third fence. Multiple spins, rears, and lots of reluctance to leave the group also landed us with 106 seconds of time.

Despite our rocky start, by fence 5 Penelope was unstoppable. The open oxer, corner combination, coffin combo, water line, Weldon’s Wall, and everything were amazing! All-in-all I came off cross country with a smile on my face. Penelope definitely needs more experience and confidence leaving the group, but the jumps sure are not the problem!

Show Jumping is by far Penelope and my best phase! We have never had a single penalty show jumping penalty at an eventing show. It was definitely an amazing feeling to walk the stadium course, see that every single fence was set at 3’1″ and feel super confident about it.

Penelope and I strutted in and popped around the course with ease. We, once again, kept up our “no stadium fault” reputation and had one of the best stadium rounds ever!

Despite the score, I would say this weekend was a success. I am happy to have finished our first novice and not have been eliminated! We ended on our weekend on a wonderful note and the one thing about being last place is that there is no where to go but up!!! 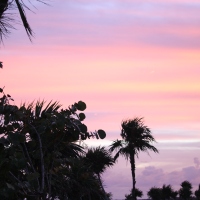 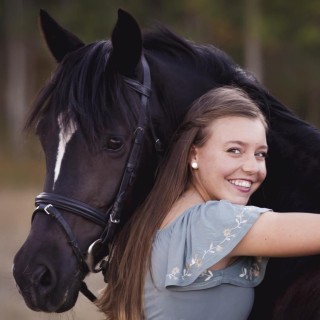